Aspartame Side Effects - Could Aspartame Be The Cause Of Your Health Problems?

Do you have headaches, dizziness or mood swings?  Have you experienced nausea, diarrhea or abdominal pain?  Did you know that all of these symptoms and more have been associated with the consumption of aspartame? The History of Aspartame

Aspartame is a popular artificial sweetener that is sold under the names NutraSweet and Equal.  Discovered by accident in 1965, the sweetener was not approved until 1981 due to concerns about studies linking it to cancer.  Restrictions remained in place until 1996, when the FDA approved aspartame for use in all food products.

The approval of aspartame was surrounded with controversy.  Studies have linked it to brain tumors, brain lesions, and lymphoma, as well as a long list of side effects.  There has also been debate about the possibility of conflicts of interest during the approval process.

The FDA has received reports of at least ninety-two side effects associated with aspartame.  These include the following:

What Happens to Aspartame Once It Enters the Body?

Aspartame is broken down by the body into three substances.  These are methanol, phenylalanine and aspartic acid.  Each of these substances can have alarming effects on the body.

Methanol is converted to formaldehyde by the body.  Known for its use as an embalming fluid, formaldehyde is not something that many people willingly put into their bodies.  Whether the amount of formaldehyde that is produced by the breaking down of aspartame is cause for concern has been the source of some debate by scientists, but it has been proven that low levels of methanol and formaldehyde are toxic.

Phenyalanine is an amino acid.  It is generally considered safe for everyone except for sufferers of phenylketonuria (PKU), a somewhat rare genetic disease.  But it has been argued that high levels of the substance could cause neurological damage, especially in fetuses.  Pregnant women are therefore advised not to consume aspartame.

Aspartic acid is known to be an excitotoxin.  A type of neurotoxin, excitotoxins have been known to damage brain and nerve cells.  This can potentially cause a number of chronic diseases.

Studies have shown that aspartame converts to aspartylphenylalanine diketopiperazine, a form of DKP, over time.  Scientists believe that the DKP may undergo a process in the stomach that produces a chemical linked to the formation of brain tumors.  There have been few human studies regarding the matter.

Studies and first-hand accounts have linked aspartame to numerous ailments.  Those who have experienced symptoms linked to aspartame may see relief when they quit using the sweetener or products containing it.  If you have any of these symptoms and traditional medicine has failed to get rid of them, it may be worth a try.

http://www.ehponline.org/members/2005/8711/8711.pdf http://aspartametruth.com/arizona.html “Increasing Brain Tumor Rates: Is There a Link to Aspartame?” Journal of Neuropathology and Experimental Neurology “Does Aspartame Cause Human Brain Cancer,” Journal of Advancement in Medicine http://www.dorway.com/monte84.html http://www.ncbi.nlm.nih.gov/sites/entrez?cmd=Retrieve&db=pubmed&dopt=AbstractPlus&list_uids=7854587 “Determination of aspartame and its breakdown products in soft drinks by reverse-phase chromatography with UV detection,” Wing Sum Tsang, Margaret A. Clarke, and Frederick W. Parrish

Flush the Fat With Fish Oil 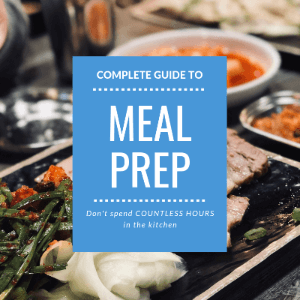