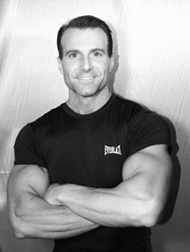 Ask The Fat Loss Guru is a series of Q & A with fat loss expert, Tom Venuto. Tom is a natural bodybuilder, certified strength and conditioning specialist (CSCS) and a certified personal trainer (CPT). I’ve learned so much from Tom through his Burn the Fat, Feed the Muscle Program. No hype, no gimmicks — Tom shoots straight from the hip, and tells you the truth about fat loss.

QUESTION: Tom, Is it possible to not lose body fat because you’re eating too little?
-Linda

ANSWER: Yes and no. This gets a little complicated so let me explain both sides.

Part one of my answer: I say NO, because if you are in a calorie deficit you WILL lose weight.

Most people have heard anecdotes of the dieter who claims to be eating 800 calories a day or some starvation diet level of intake that is clearly in a deficit and yet is not losing fat. Like the mythical unicorn, such an animal does not exist.

Every time you take a person like that and put them in a hospital research center or metabolic ward where their food can be counted, weighed, measured and almost literally “spoon fed” to them, a calorie deficit always produces weight loss.

There are no exceptions, except possibly in rare diseases or mutations. Even then metabolic or hormonal defects or diseases merely lead to energy imbalance via increases in appetite, decreases in energy expenditure or changes in energy partitioning. So at the end of the day it’s STILL calories in versus calories out.

In other words, NO – it’s NOT your thyroid (unless you’ve got a confirmed diagnosis as such…and then guess what… it’s STILL calories in vs calories out, you’re just not burning as many as someone should at your height and weight).

One famous study that was published in the New England Journal of Medicine years ago proved this point rather dramatically. After studying obese people – selected specifically because they swore they were eating less than 1200 calories but could not lose weight – Steven Lichtman and his colleages at St. Luke’s Roosevelt Hospital in New York came to the following conclusion:

“The failure of some obese subjects to lose weight while eating a diet they report as low in calories is due to an energy intake substantially higher than reported and an overestimation of physical activity, not to an abnormality in thermogenesis.”

That’s right – the so-called “diet-resistant” subjects were eating more than they thought and moving less than they thought. This was probably the single best study ever published that debunks the “I’m in a calorie deficit but I can’t lose weight” myth:

Part two of my answer, YES, because:

Eating too little causes major increases in appetite. With hunger raging out of control, you lose your deficit by overeating. This happens in many ways, such as giving in to cravings, binge eating, eating more on weekends or simply being inconsistent, so some days you’re on your prescribed 1600 calories a day or whatever is your target amount, but on others you’re taking in 2200, 2500, 3000 etc and you don’t realize it or remember it. The overeating days wipe out the deficit days.

Any time at all when you’re losing weight, your metabolism is slowly decreasing due to your reduced body mass. The smaller and lighter you get, especially if there’s a large drop in skeletal muscle mass, the fewer calories you need. So your calorie deficit slowly shrinks over time as your diet progresses. As a result, your progress slows down even though you haven’t changed how much you eat.

With starvation, you always lose weight, but eventually you lose so much weight/body mass that you can reach energy balance at the same caloric intake you used to lose weight on. You might translate that as “I went into starvation mode” which wouldn’t be incorrect, but it would be more accurate to say that your calorie needs decreased.

3) Metabolism decreases due to adaptive thermogenesis.

Eating too little also causes a starvation response (adaptive thermogenesis) where metabolic rate can decrease above and beyond what can be accounted for from the change in body mass (#2 above). This is “starvation response” in the truest sense. It does exist and it is well documented. However, the latest research says that the vast majority of the decrease in metabolism comes from reduced body mass. The adaptive component of the reduced metabolic rate is fairly small, perhaps 10% (ie, 220 calories for an average female with a 2200 TDEE). The result is when you don’t eat enough, your actual weight loss is less than predicted on paper, but weight loss doesn’t stop completely.

There is a BIG myth about starvation mode (adaptive thermogenesis) that implies that if you don’t eat enough, your metabolism will slow down so much that you stop losing weight. That can’t happen, it only appears that way because weight loss stops for other reasons. What happens is the math equation changes!

Energy balance is dynamic, so your weight loss slows down and eventually stops over time if you fail to adjust your calories and activity levels in real time each week.

I teach a system for how to adjust calories and activity weekly using a feedback loop method in my Burn The Fat, Feed The Muscle program (more info from www.BurnTheFat.com)

So what can be done to stop this metabolic slowdown caused by low calorie dieting and the dreaded fat loss plateau that follows? I recommend the following 5 tips:

Slow and steady wins in long term fat loss and maintenance every time. Rapid weight loss correlates strongly with weight relapse and loss of lean body mass. Aim for one to two pounds per week, or no more than 1% of total body weight (ie, 3 lbs per week if you weigh 300 lbs).

2) Use a higher energy flux program.

If you are physically capable of exercise, then use weight training AND cardio to increase your calorie expenditure, so you can still have a calorie deficit, but at a higher food intake (also known as a “high energy flux” program, or as we like to say in Burn The Fat, “eat more, burn more.”)

3) Use a conservative calorie deficit.

You must have a calorie deficit to lose fat, but your best bet is to keep the deficit small. This helps you avoid triggering the starvation response, which includes the increased appetite and potential to binge that comes along with starvation diets. I recommend a 20% deficit below your maintenance calories (TDEE), a 30% deficit at most for those with high body fat.

Increase your calories (re-feed) for a full day periodically (once a week or so if you are heavy, twice a week if you are already lean), to restimulate metabolism. On the higher calorie day, take your calories to maintenance or even 10, 15, 20% above maintenance and add the extra calories in the form of carbs (carb cycling). The leaner you get, and the longer you’ve been on reduced calories, the more important the re-feeds will be. (You can learn more about this method in chapter 12 of Burn The Fat, Feed The Muscle at www.BurnTheFat.com.)

Take 1 week off your calorie restricted diet approximately every 12 weeks or so. During this period, take your calories back up to maintenance, but continue to eat healthy, “clean” foods. Alternately, go into a muscle building phase if increasing lean mass is one of your goals. This will bring metabolism and regulatory hormones back up to normal and keep lean body mass stable.

There is much confusion about how your metabolism, hormones and appetite mechanisms are affected when you’re dieting, so this was really one of the most important questions anyone could have asked.

If this didn’t REALLY click – then you may want to save this and read it again because misunderstanding this stuff leads more people to remain frustrated and stuck at plateaus than anything else I can think of.

If you’d like to learn exactly how you should be eating to lose 2 lbs of fat per week, then visit http://www.burnthefat.com.

Tom Venuto is a natural bodybuilder, certified strength and conditioning specialist (CSCS) and a certified personal trainer (CPT). Tom is the creator of the “Burn the Fat, Feed the Muscle Program,” which teaches you how to get lean without drugs or supplements using methods of the world’s best bodybuilders and fitness models. Learn how to get rid of stubborn fat and increase your metabolism by visiting: www.burnthefat.com

What is the Ideal Body Fat to See Your Abs?

End Emotional Overeating: Get to the Root Cause

Just a heads up the focus of this website is slowly changing to one of an anti-diet approach. Read more about it on my About page.